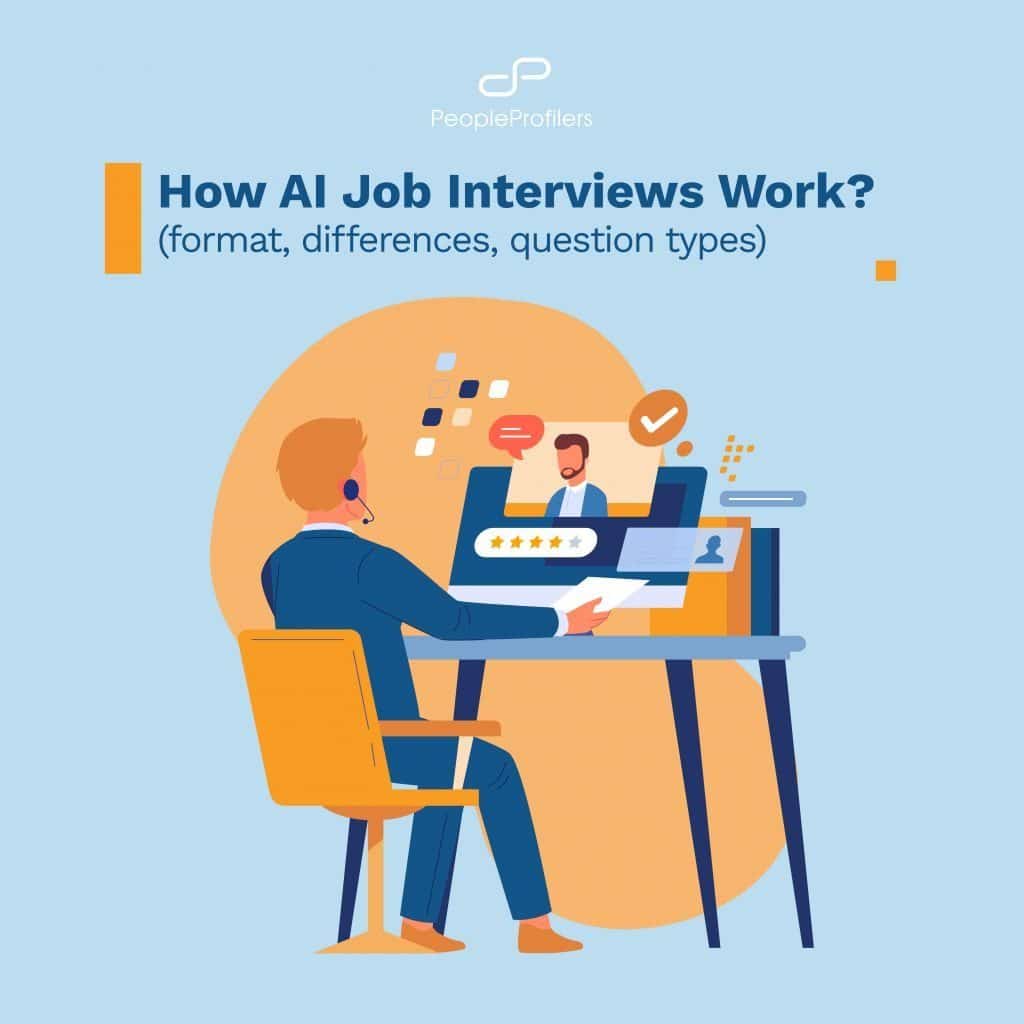 So you submit your resume to your dream job and someone emails you for the next step in the job application process—the interview. You celebrate for a moment until you read the details and find that…it’s an AI interview?

AI interviews, also called asynchronous video interviews, have risen in popularity amongst companies recently. They are conducted using online platforms like HireVue or Pymetrics where candidates record answers to pre-selected questions at their own convenience. These videos are then reviewed by an algorithm before getting sent to the hiring manager to be measured up against the key competencies they are looking for.

Instead of responding and interacting with a live interviewer, you’ll be expected to respond to several on-screen prompts that may appear in the following different forms:

You might be presented with a pre-recorded video to watch and then given a set amount of time to record your response—in video, of course. Alternatively, you might be shown a text question and given some time to read it before you answer—again, in video.

If the role you’re applying for requires technical skills like writing or designing, you might be asked to show off your ability as part of your AI interview.

This usually means you’ll be given a task to complete that may or may not require external research. Be careful not to close the interview window when you go elsewhere to do your research or draft up your submission!

You might be tested on your logic or coding skills if you’re applying for a software development or data analysis role and so a part of your interview may consist of completing logic puzzles or solving coding issues.

If a specific coding language is required for the role, you’ll be asked to use that to code your response to a prompt. Sometimes, you’ll also be asked to explain why you solved the problem the way you did, so be prepared to answer questions about your thought process.

You also can’t build rapport with a machine, so having great conversational skills won’t necessarily make things easier for you. But if you’re easily anxious in social situations, then AI interviews might be slightly less intimidating for you.

However, remember that the algorithm will still be looking out for certain social cues like your smile, intonation and other such indicators of engagement, so you’ll still need to pay attention to your posture and speed of delivery. If you don’t feed the AI what it’s programmed to look out for, it’ll conclude that you are not a good candidate.

As of 2022, AI interview software isn’t intuitive or advanced enough to replace live interviews. So, if the prospect of having your entire career being dictated by an algorithm intimidates you, don’t worry.

They’re only being used in the preliminary selection of candidates in the hiring process at the moment and only by companies that can afford such technology. So after an AI interview, you’ll most likely still have to face a real hiring manager to be screened one more time.

Want more detailed support to prepare for your AI interview? Get in touch with our consultants at People Profilers for more information!

How to be a good boss

How to prevent your employees from getting burnout